The Stress-Free Guide to Making Twitter Work for You 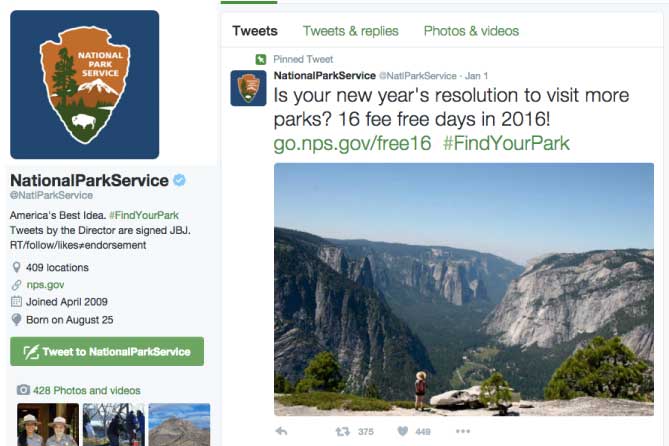 Is your business using Twitter? Maybe not, because you've heard tending to a business Twitter account takes lots of time or money. Finding links, creating amusing posts, and keeping up to date with hashtags and industry news can seem like a job on its own, which is a major drawback when your business has other priorities. But did you know there are ways to grow your Twitter following with minimal effort and without any cost to your budget?


The Rule of Thirds

A general rule of thumb for business Twitter accounts is the “one third” rule. Meaning, a third of the tweets should be self-promotions or a “humble-brag,” talking about what your company is up to. The next third of tweets should be engagement, e.g., retweets, favorites and conversations with allies and customers. The last third, and arguably the most time consuming part, is content curation that relays industry news, such as articles, infographics, and stories of interest to your community. Using an auto-scheduling tool to relay this last third to your audience can ostensibly cut your social media marketing time significantly. And don’t we all want to maximize efficiency whenever we can?

Let us start with a few quick questions to see if auto-scheduling might be right for you:

If you answered yes to any of these questions, your Twitter account may need some serious attention. And it is easier than you may think.

I wanted to test a strategy in which you can grow your Twitter account while only devoting an hour a week to the process. One way of doing this is using Suggest and AutoSchedule, tools found in some social media management platforms, for example, Hootsuite. Suggestions auto-generates messages to share for news and blog links based on three keywords you provide. AutoScheduler lets you choose the days of the week and number of times a day you want to schedule posts.

(NOTE: these are paid features of an Enterprise or Pro-level subscription to Hootsuite. As with most services, the free version is designed for personal use and does not include many of the most desireable features for a business or nonprofit. Disclosure: While I used Hootsuite for this experiment, this is not a paid endorsement of Hootsuite.) A free and useful suggestion feature is Twitter's “suggested users.” After you follow a few accounts located in your area, Twitter will begin suggesting other local users. The quickest way to get potential customers to view your brand is to follow them on Twitter. I’ve found that people “follow-back” without provocation one out of every ten users you follow, so you better be working out your mouse finger. DISCLAIMER: As an intern, I conducted this experiment out of curiosity. At no point did I intend to infringe copyright, advocate full automation for a company Twitter page, or encourage tactics often confused with spam. After going through the Hootsuite certification program, I was curious whether I could apply these new skills to a brand new Twitter account. I came up with the idea for “Green Buzz Daily,” tweeting five automated news stories from the keywords “sustainability,” “fossil fuel,” and “environment,” adding in the occasional hashtag to encourage users to find me by topic. I went to Google images to find environmental related graphics for the profile picture and cover photo (Do not do this for your company! It has an inherent risk for copyright infringement.) Finally, I followed approximately 150 users and let the page marinate for a week.

Original “look” of the account. Images have been altered to prevent copyright infringement

Most of the “follow backs” I was getting were from bots, or automated accounts. To compensate for this, I followed a few users who I knew outside of Twitter, and set my location to Burlington, Vermont, leading to far greater “real” people in my suggested friends. These are all Twitter marketing basics, and should be applied to every business social media account.

After three weeks of watching the Twitter account grow, I performed a bit of a “make-over.” Links were not being clicked because of how little I practiced the “engagement” third of social media marketing, so I decided to switch things up a little bit. I invited my followers to answer a survey I created via Google Drive, and the feedback I received from five people expressed that the account was posting too much and should post four or less posts per day. I also created free and non-copyrighted logo and cover photo from Canva, giving the page a more professional look. I adjusted the auto-schedule parameters, unfollowed everyone who was not following me, and followed a new selection of users.

Over the next month, I watched my follower count climb slowly and then settle around roughly 70. The Step-by-Step, Stress-Free Guide to Making Twitter Work for You

1> Using Hootsuite, or a similar tool, to suggest links for content and with headlines as the body of the post.
2> Follow approximately 150 accounts, including several known real humans, in order to discourage bots from distorting your follower count.
3> Generally 10% of these people will follow you back if they like your content, or if they have automated their page to do so. (This can be increased by engaging with your followers).
4> Every week or so, unfollow anyone who is not following you (if you do not wish to look at their tweets). Repeat step 2.

What I Learned about Social Media Marketing

My greatest takeaway from this experiment is that user engagement results from quantity of content and consistent frequency. Quality of content is imperative for your Twitter page, but to fill in the gaps and nurture engagement with your followers, consistent and timely content will give leads a reason to become followers, and ideally, customers.

I encountered an example of this towards the end of July. I added an RSS auto-publish app that malfunctioned, posting up to 30 tweets at once every six hours. My follower count remained relatively constant, but experienced a huge growth in click stats. Before the app malfunction, the account only achieved a maximum of five clicks in a day, but averaged closer to less than one click per day. After the ‘tweetpocalypse’, the account received 35 clicks in the weekend.

Number of link clicks, notice the sharp spike during tweetpocalypse

The most popular links were not explicitly environment related

So the moral is, you do not need to let your business Twitter page collect dust. If you cannot find time in your schedule, use suggestions and auto-schedule the ‘industry-news third’ and watch your page grow. But never forget about the "rule of thirds" for social media marketing; you still need to engage with followers and self-promote to direct traffic to your website. Suggestions and auto-scheduling can only do so much. One and a half months after the beginning of my experiment, my follower count remained relatively stagnant at 70 followers. To grow beyond this threshold, you must put in more thought and effort for effective social media marketing.* * UPDATE:  Since writing this blog post, I've experimented with practicing more engagement, such as favorites and retweets of tweets containing keywords or hashtags for "sustainability" or "environement."  Perhaps this practice, coupled with the "snowballing" effect of social media attention led to @greenbuzzdaily gaining over 40 followers during the weekend following Friday, August 7.  Due to the autoscheduled tweets, I was unaware of the growth until I recieved a notification on my phone informing me that my Twitter count had reached 100 followers.

If your company runs a Twitter page that can provide users with interesting content, they will see your brand on a daily basis and be more likely to become customers in the future. To learn more about the virtues of Twitter as a marketing platform, consider reading more here and here.

Paul Detzer is a Media Studies & Journalism major at Saint Michael’s College, who hails from White River Junction, Vermont. As a rising senior, Paul will work on the school newspaper and freelance photography, with hopes of achieving a career in marketing or photojournalism.

SEO FAQs: So what is a canonical URL tag & what does it do?