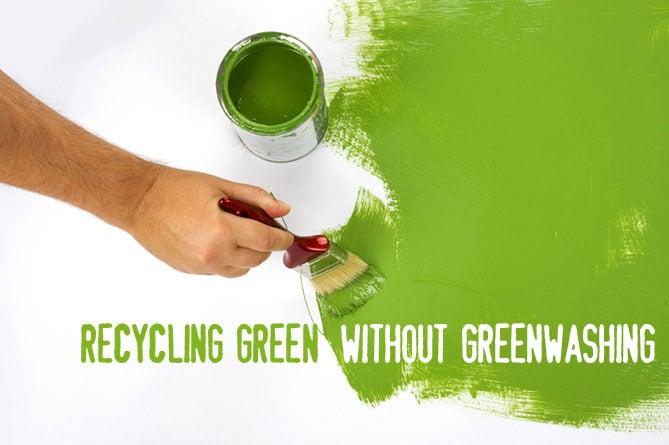 As a boy scout in the early seventies, I walked door-to-door soliciting support for S.O.A.R., Save Our American Resources, in the form of money pledged per mile of an upcoming 25-mile bike ride. I drew the ecology symbol on my school notebook and remember being moved by the iconic “Native American with a tear” commercial on broadcast TV. I pored over the Whole Earth Catalog, grew up among hippies, was fascinated with solar power and Buckminster Fuller, participated in roadside trash cleanups, and dreamed of a litter-free future devoid of air and water pollution. Arthur C. Clarke and other forward-thinking science fiction authors inspired me to think of worlds where starships roamed the galaxy in perfectly controlled environments and human greed and carelessness were a thing of the past. You could safely label me “green.”

I drew this flag on my grade school notebook during the 1970's when the ecology movement was in full swing.

Then reality set in, and I became cynical as a teenager and young adult. When Ronald Reagan gutted the EPA and many groundbreaking environmental laws were repealed, cries went up about allowing corporations to pollute at will with no conscience and no accountability. It seemed temporarily like the ecology movement was defeated, and all socially and environmentally conscious thinking people forever frustrated, their dreams of a new paradigm destroyed.

When the green movement started to enter into the public consciousness in the early eighties, the first thing I thought was, "the only way this will take hold is if it makes financial sense for corporations…" and in my cynicism about corporate America I believed that no company would do something good solely on the basis that it was a good thing to do. I was partially right, and, fortunately, also wrong.

As a freelance designer in the early 1990s, one of my clients was a retail store, Simply Better, the Environmental Store. They sold a comprehensive array of "green" products like organic cotton towels, sustainably produced footwear, electric lawn mowers and Seventh Generation cleaning products. Also included on their shelves were socially conscious, fair trade items and locally- or regionally crafted products. The store moved several times and eventually went out of business because they were ahead of their time. The cost of sourcing green and fair-trade products was too high, the sales volume too low, and we as a society were not ready or willing to pay $50 for an organic cotton towel. But through these early efforts thankfully the movement grew, and companies found they could afford to offer green products at reasonable prices as the ability to produce those products less expensively grew, and now the world's largest retailers are on board actually driving decisions in the manufacturing world with their purchasing power. So I was right.

But fortunately I was also wrong. The green movement is not just about profits. Triple Bottom Line thinking/philosophy dictates that in order to be a successful sustainable business, a company must consider the social, and environmental aspects, not just the profits. Organizations like the American Sustainable Business Council and Vermont Businesses for Responsibility are educating businesses and consumers about the triple bottom line approach. 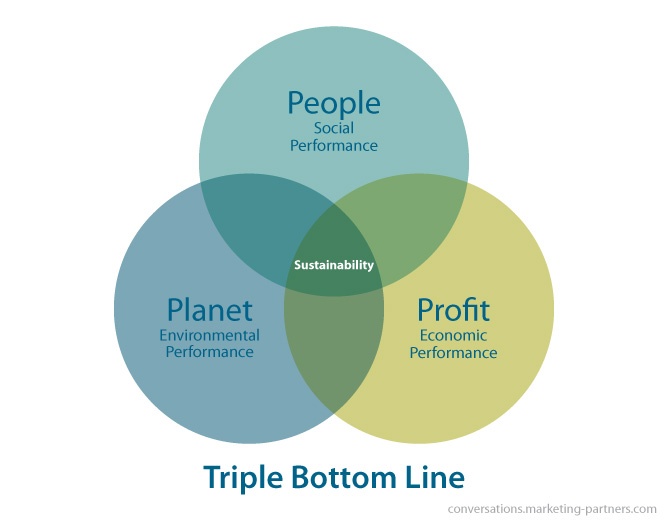 A growing number of successful companies using the triple bottom line business model demonstrates that profit is not the only reason why it makes sense to to be green.

Still Not There Yet

Using PR and marketing deceptively to promote the idea that a company’s products, aims or policies are environmentally friendly, aka greenwashing, is still far too common. A 2010 study found that 95% percent of the consumer products claiming to be green were not green at all.

The good new is, I am watching the world transform into green-consciousness. My childhood dream has, in some ways come true, as well as my prediction that it won't happen until it's profitable. But as the triple bottom line theory points out, profit is not bad. Profit is essential for the success of a business, and for the green movement. We can't have organic cotton towels (or more environmentally friendly goods) if the store that sells them goes out of business.