Paid, Owned, Earned Media: Are You in the Right Place? 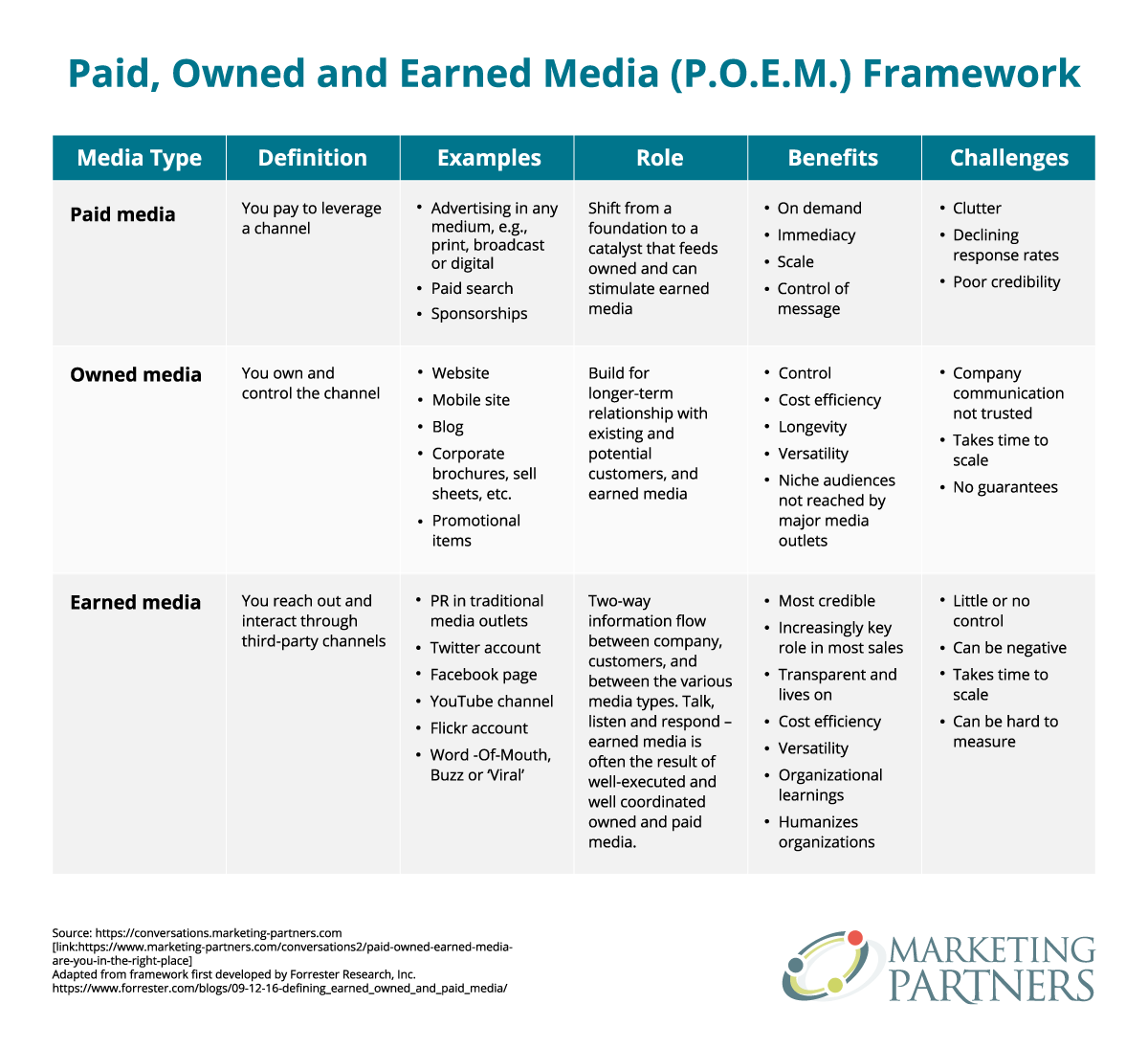 You may have heard the terms "paid, owned, earned media" bandied about recently and been curious. You want to know more—understanding where and how your communication appears is as critical for those committed to social change as it is for major brand managers. eMarketer is a helpful start: "paid media is advertising inserted next to another’s content; owned media is brand-created content; and earned media is getting someone else to provide content about a brand." But these definitions are blurry in practice and not everyone is using them in the same way. It seems it's time for this marketer to share my view of how to use the paid, owned, earned media framework for your marketing strategy.

The proliferation of online media and social networks gave rise to this discussion. Understanding media channels used to be so much easier. First you researched the media preferences and habits of your target customers. Then you developed your spending allocations for advertising (or paid media) across the media channels preferred by your customers—television, radio, online, and so on, and finally, you added your media strategies for public relations (or what was called earned or unpaid media). But now we find ourselves regularly discussing with clients the modified version we have developed of a framework commonly referred to as Paid, Owned and Earned Media, or P.O.E.M. for you acronym nuts.

Ideally, these media types work best together. But where and how to proceed can be a dilemma. Kirk Cheyfitz of Story Worldwide offers a useful 3-step way to think about integrating paid, owned and earned:

For example, the much-admired Old Spice Man campaign from Procter & Gamble started off with TV commercials (paid), migrated to a brand microsite and YouTube channel (owned), and is still boosted by consumer interaction and word-of-mouth on social sites and beyond (earned)—while continuing to be fed by more online advertising to drive traffic.

In 2009, Forrester’s Sean Corcoran’s blog provided a table of definitions in his post ‘Defining Earned, Owned And Paid Media‘. I had two concerns with the framework as presented. I saw in the comments on the post that I was not alone:

So the astute Paul Lin of TAXI Advertising in Toronto also saw the singular focus on digital formats as limiting. Good. (It can be strangely comforting when a fellow professional in your field agrees with a thought no one else seems to be concerned about.) No comfort for my other concern, however. Although it was a useful starting point, Forrester's framework table and subsequent iterations developed by others list consumers as a media channel. That just does not work for me. People are not media channels, even when encouraging positive word of mouth is desirable. And when has it ever not been desirable?

The other common (mis)interpretation of the P.O.E.M. framework that has emerged is adding social media as a separate, fourth type of media. Any seasoned public relations pro can tell you that each media outlet is 'earned' differently, that you must listen first, you need to offer different content in order to "earn" placement for your message -- and there are no guarantees the message will appear without distortion. Social media networks are different from traditional PR media channels only in the degree to which appropriate messaging varies, and in the opportunity for interaction and engagement. I view social media as Earned Media, albeit with its own specific characteristics, which is how it is shown in the P.O.E.M. table above. As Jason Tills puts it: Earned media is much more about the "way we talk." (Note that "boosted posts" or paid ads on YouTube, Twitter, Instagram or any other social network is simply paid media on another channel.)

Jason Tills presented a compelling case for the impact of these changes in media types on the creative brand process in his post A trickle of semiconciousness: This means the "way we talk" has an increasing significance for more than strategic communication or marketing planning alone. 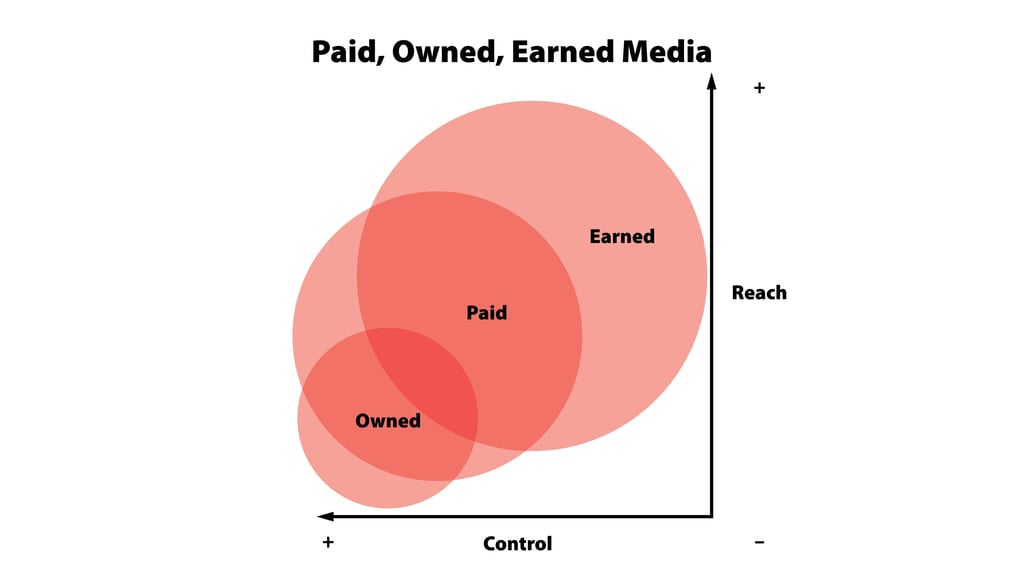 Implications for Social Marketers and Changemakers

In this media saturated world, it is easy to overlook the importance of where your messages appear or the environment in which your conversations take place. These tensions within the media framework—between control and reach, between credibility and consistency—have particular significance for values-based organizations and those seeking social change. On one hand, earned media (including social networks), offers the opportunity for your authenticity to shine through in the most credible of media channels. On the other hand, when Facebook can and does change its terms without notice so suddenly your followers' posts are being resold to advertisers, perhaps you want to shift your media mix back in favor of your owned media where the environment itself can reflect your values and mission. The essential step is to be thoughtful about where and how you want your messages to appear within the new Paid, Owned and Earned Media framework.

Editor’s note: The original version of this post was published on January 27th, 2011.

When should you hire a marketing agency?