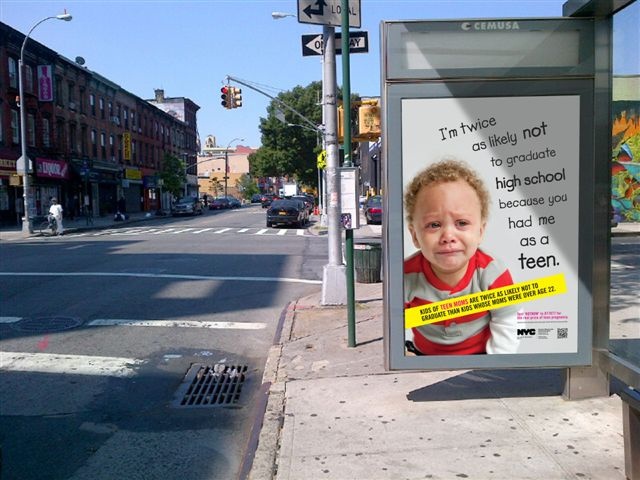 Sigh. You're probably not surprised any more by inappropriate ads created by major commercial brands (and their agencies) seeking to win awards and break through the clutter solely based on advertising shock value. But you and I expect more of a nonprofit or public agency promoting a social good. Yet since our last look, seemingly well-meaning but misguided social marketing campaigns continue to hurt good causes with bad ads. 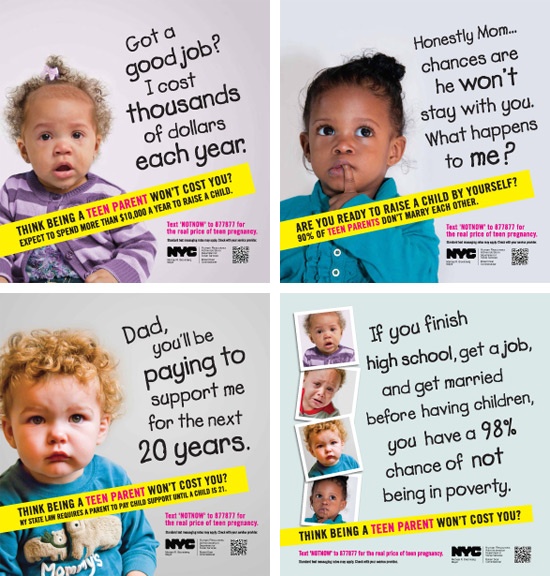 New York City's Teen Parent campaign uses a classic "shaming" message delivered with extra emotional impact by toddlers. The most most controversial version features a crying baby boy with text that reads, "I'm twice as likely not to graduate high school because you had me as a teen." AdWeek reports that Planned Parenthood of New York City (among others) has denounced the posters, claiming they ignore the racial, economic and social factors that contribute to teenage pregnancy and stigmatize teen parents and their children. Four of the five ads use statistical facts in a negative and harmful way. Only the fifth (lower right above) has a positive message for the intended audience. 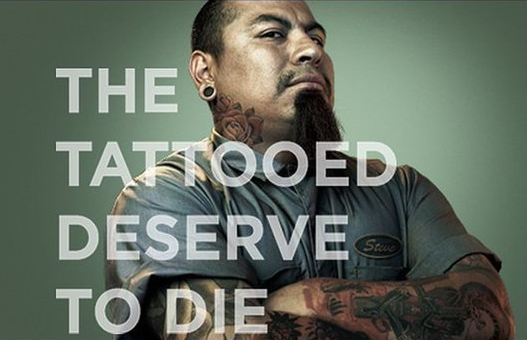 The problem with this campaign is that the message is lost. The bold images and shocking headlines are legible, but the lung cancer stigma message is nuanced and easy to miss in the small type size used for the short bites of copy on posters. The campaign (actually named "No One Deserves to Die") included "Hipsters Deserve to Die," "Cat Lovers Deserve to Die," "Crazy Old Aunts Deserve to Die," and so forth, simply could not effectively advance the Lung Alliance's goal as explained on its website:

Many people believe if you have lung cancer you did something to deserve it. It sounds absurd, but it's true. Lung cancer doesn't discriminate and neither should you. Help put an end to the stigma and the disease.

Generally for my next example I'd choose one of the many anti-rape ads that continue to show women in sexualized poses and blame them as victims. But even PETA, long known for its aggressive tactics, stunned me with the insult to human victims of sexual abuse evident here.

The Public's Health: Does anyone deserve to die of lung cancer? (Philly.com)